What is our role as Legal Citizens in the United States of America?

The United States of America is a Republic of States. With each State independent in their own governance with the US Constitution as the Supreme Law of the Land.

Unlike a dictatorship, a democratic government exists to serve the people, but citizens in democracies must also agree to abide by the rules and obligations by which they are governed.

Democracies grant many freedoms to their citizens including the freedom to dissent and criticize the government.

Citizenship in a democracy requires participation.

American citizens recognize that they not only have rights, they have responsibilities. They recognize that democracy requires an investment of time and hard work — a government of the people demands constant vigilance and support by the people. There are more of us than there are elected.

Legal American Citizenship is the common thread that connects all Americans.

We are a nation bound not by race or religion, but by the shared values of freedom, liberty, and equality.

In our Republic, civic participation means that citizens are required to serve on juries, or register with the Selective Services for potential national military service. Other obligations apply to all democracies and are the sole responsibility of the citizen — chief among these is respect for law. Paying one’s fair share of taxes, accepting the authority of the elected government, and respecting the rights of those with differing points of view are also examples of citizen responsibility.

Democratic citizens know that they must bear the burden of responsibility for their society if they are to benefit from its protection of their rights.

There is a saying in free societies: you get the government you deserve. For democracy to succeed, citizens must be active, not passive, because they know that the success or failure of the government is their responsibility, and no one else’s. In turn, government officials understand that all citizens should be treated equally and that bribery has no place in a democratic government.

In a democratic system, people unhappy with their leaders are free to organize and peacefully make the case for change — or try to vote those leaders out of office at established times for elections. Or by organizing Recall Elections for the overtly corrupt.

Democracies need more than an occasional vote from their citizens to remain healthy. They need the steady attention, time, and commitment of large numbers of their citizens who, in turn, look to the government to protect their rights and freedoms. They do not look to the Government to give them things, (largesse).

These are not quaint colonial precepts. They are fact. So, when you decide to vote on popularity or skin color you are being irresponsible as a citizen. You are setting aside the precepts that have made this Republic the greatest experiment in Freedom that mankind has ever taken forward.

Our day to day walks in life are hard enough without malevolent and immature leaders that are self-serving and have no idea of the precepts of Constitutional Governance. The action of the few, and the lack of interest by the many has brought us to the place we are at today.

That is changing. As more citizens wake to find themselves in the clutches of immature, tyrannical race baiters and progressive politicos, we will be here to educate and organize the angry and hardworking Americans.

We are not going away.

We will not let this go. It is our duty and right as Americans to scorn those who violate the precept of Constitutional Governance. We will expose those that are dealing in the dark. We are the Light of Liberty. We are The American Citizen. Join us in an effort to Reclaim Freedom from the Tyrants. 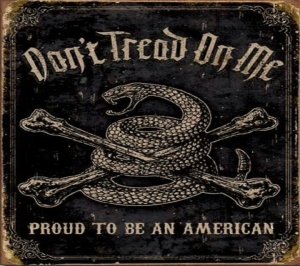