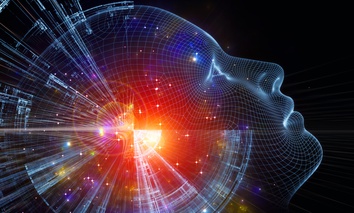 “Money often costs too much.”

As you know Some of the theme here at TAM is “gritty” sometimes.

We can ride the edge of the side that no one wants to see with some topics.

We dare admit from time-to-time what others know but hide from as well.

One thing we have always done though is to be able to build our position on a common foundation of standard and principle rooted in Natural Law. We have placed our ideas in truth.

Since we have been placing our ideas into the public square for discussion and consideration there has been a diverse response. Sometimes to the delight of many and then to the consternation of some at other times. We just refuse to go over the edge with the crowd.

That being what it is, we would like to enter into a place that hopefully we can again find common ground outside of race or political party.

Can you remember the last time you ever saw the Government workforce sector shrink or get paid less, with your “money”?

That is where we will begin. This discussion centers around money.

The root of all evil as the cliché extols.

Money has become a problem. To broaden that statement let’s look at a few facts from recent months.

Here is a good one for you, let’s call it fact number one: “We the People are Broke”.

We are “broke” in more ways than one, but we want to focus on the monetary aspect of this idea for discussions sake. Let’s look at last February’s retail consumer spending numbers that surprised everyone when they dropped from the month before. Of course, America received their stimulus check in January so retail sales boomed then.

The February number is not a good sign. It shows that without a boost in our personal bank account we do not have the money to buy all the crap China needs us too.

When we couple that with the fact that 27% of ALL American Income is being derived at the present from the Federal Government. It kind of takes a new light doesn’t it. The money is a God send for many and curse for us all. As good as it might seem at first glance, creating money “out of thin air” doesn’t bring prosperity.

We have seen this type of massive money printing in the past and it did not end well then either. It ended with an explosion overnight of hyper inflation sending a loaf of bread to what would be in American money 100’s of thousands of dollars.

Currently there is a hidden 9% core inflation build up taking place in the raw materials sector. Raw materials are used to produce the crap you and I buy. Core food cost inflation is setting in as well.

Of course, I am not telling anybody anything they do not already know. You are feeling the pinch when you shop. It is not your imagination. The volume of a bag of chips or a bottle of your favorite soda continues to get smaller and the price you are paying for it keeps going up. Your money is stretching thinner and thinner.

Gas prices are up to almost $3 a gallon. Eggs are getting more expensive. So is milk, bread, bacon, beer and every other thing you need or dare I say want. Problem is, if your lucky enough to have a way to earn an income from work, your pay is not keeping up with the inflation and the rising prices for the basics. Unemployment is still running in historic high ranges and the pressure of millions of newly arrived “migrants” will add additional pressure to the work force.

Mandatory minimum wage increase will invariably force businesses to either over inflate the cost of their product, that you and I pay for. Or they will simply lay off work force and modernize to permanently eliminate the jobs. Look at SAMS, Walmart, Amazon, Ford and on and on and on.

Housing costs are going through the roof with transitory pressures from people evacuating the socialist States to our North and West.

One thousand new Floridians, a day. Now we will be coveting for the same slice of the pie as others flock here to the great State of Florida.

Lumber prices are at all time highs and the cost to build a house to meet inventory demand is going to price the average Floridian out of the market. We have been warning about this trend with Booker Park, Banner Lakes, Rio and Golden Gate. See, people with money will buy the homes there. Then the people that are living there will need to find a place to live. Won’t be in the same place they just packed up from either. The inflationary pressure actually will have an impact on the potential for gentrifying portions of this County.

The place in the world that was America when I was a boy growing up in Illinois was not dissimilar to what we are entering into now. The 1970’s were a time of great economic upheaval and inflation. We were a family of six then. My Father working two jobs to make sure there was food, milk and a new something for Mom every once in a while. We had an advantage then. We were a traditional American Family. We had a Father that worked. A mother that baby sat to make money and stay with the kids to make sure we did not end up in more trouble than we did. We had each other.

When you look at the single parent family rates among our neighbors younger in year it is scary. If it is near impossible for a two-parent home, the stress for a single parent is incredible.

Day Care costs and Medical cost continue to increase as well. Even with the big government promises of less expensive and open to all. Government is making it worse. We need to look to local Churches and Civic Groups to once again begin organizing a true citizen safety net. Because the Government is not a net and is not safe.

Look, let’s face it. We cannot expect the United States to continue printing money so we can have our Netflix and rims. It will run out of value in the near term.

You see, it used to be that the people that paid taxes were the ones that had their money go out to those who were in need. Neighbor helping neighbor, sort of. Then those dollars dried up and they asked for more and more and more until well, there is no more. We have begun just printing it into existence.

All sorts of extravagant promises could be made back when there were 10 workers paying taxes to support each retiree/state dependent. Now that we’re down to less than 2 full-time workers for each retiree/state dependent, the promises are impossible to keep, with the one exception of printing the trillions of dollars that were anticipated to be paid in taxes–that is, creating near-infinite sums of funny-money out of thin air and hoping the rest of the world will continue to accept it. History doesn’t have any examples of that working, but hey, we’re special and this time it’s different.

A massive devaluation is just around the corner. There are more people with a need for a money bump from Uncle Sam than there are working people that can be taxed to give to the big pot.

So where does the money come from? They print it making the pie that much larger and your slice continues to shrink as the pie gets larger and larger.

The separation of the have and the have not’s is about to do away with those in the middle. If ever there was a time for people to see the need for each other, this is it.

If anyone thinks for a minute that the Grant Machine and river of free money is not going to dry up and blow away, you my good friend will be one of the first to suffer the hardest. If it is your local or County Government that is still playing spend other people’s money then you better tell them to stop it. The end to this current American Chapter we are all living in draws closer to her end. A dramatically new one will soon begin. The starting place for it is not Honey and Sunshine either.

Prepare now for your tomorrow. It will be here whether you are ready for it or not.

Just a thought, but removing the blindfold might be a good idea here. The edge is crumbling and the bottom is a long way down. More to follow … Standby 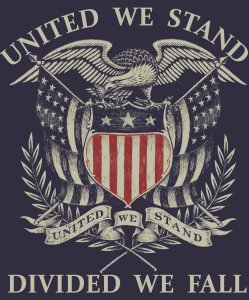