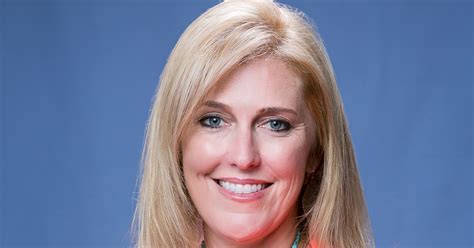 We have said for a long time that no one rain drop ever created a storm – but when combined, they can create a flood.

TAM would like to thank those that spoke today at the BoCC meeting in an effort to get the Commission to take another look at the effect that the Ban on the sale of dogs, cats and bunnies has had on two local businesses. To date over 100 Martin County residents have signed a petition to encourage the BoCC to grandfather in the existing stores, like a long list of other Counties in Florida have done. Apparently, your voice is being heard loud and clear. At today’s BoCC Commissioner Hetherington asked that the issue be brought back to the Board for further Discussion.

There are some details that need to be talked about in regards to their original decision.

As it stands currently, the City of Stuart has codified the Martin County Animal Control policy and services as a solution for their State mandated requirement to have not only a policy, but an animal control division. By partnering with Martin County on the mandate they rely on Martin County’s policies and Animal Control Division as well as shelter operation funded by the BoCC.

When Martin County modified the policy not to allow Dogs, Cats and Rabbits to be sold in pet stores it cascaded down to the other municipalities in the County that are part of the program. If the City of Stuart would wish to allow the sale of these animals, they would have to create their own Animal Control division, shelter and policies. So in essence, the Board did ban the sale of the animals and thus forced these businesses into a position of financial hardship as of December 31st.

So in order for the store to remain in existence, the BoCC has to grandfather in any existing operations as not to negatively affect them. They did not do that when they passed the ordinance.

Another issue that needs to be addressed with this ordinance is the fact that while well intended, the ordinance does absolutely nothing to stop the puppy mills. Backyard breeders were not addressed nor where Farm and Feed stores that sell rabbits. While well intended in it’s efforts the Board did nothing to actually nullify or prevent the real issue. That being unscrupulous behavior of bad breeders. At the same time the ruling adversely affected legitimate business owners that employ several people. These businesses contribute to the economic vitality of the County.

We hope that the Commission will see the error of the hasty decision that was brought forward by a local rescue agency and reverse their decision. Thus allowing the existing stores to remain in operation. This will be discussed at the September 27th BoCC meeting and we hope that you will show your support and let the Commission know you are in favor of grandfathering in the existing stores.  You can e-mail the Commissioners here and You can still sign the petition too in an effort to make your voice louder.

Thank you to the TAM Community for your involvement and support. Together we are making a difference.

Help Save The Pet Stores From Martin County