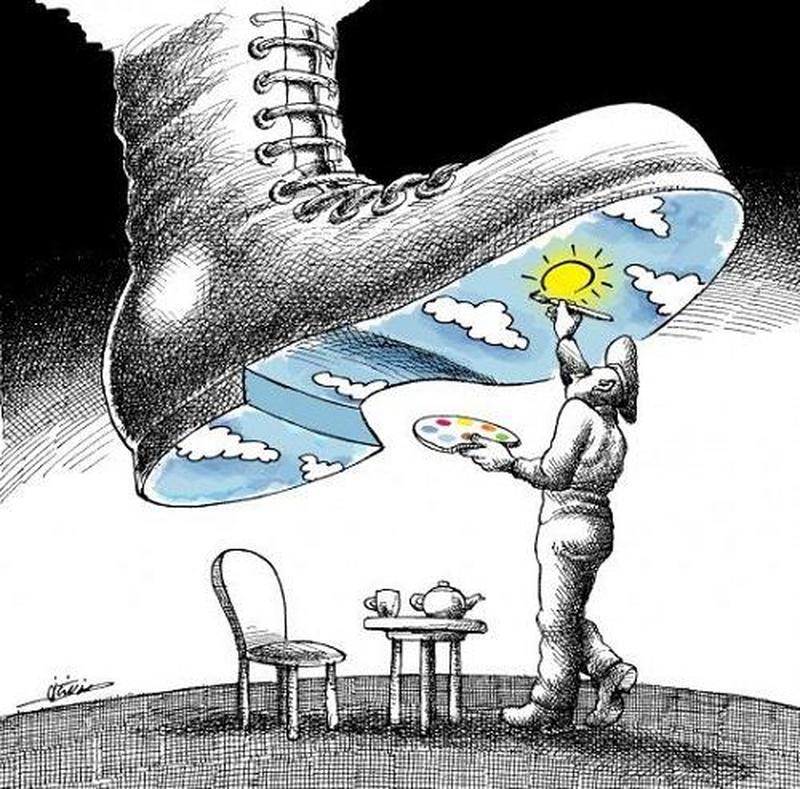 A Perspective of observation

The Village of Indiantown Council Workshop

The outcome of the recent Village of Indiantown Day long Strategic Planning Workshop should not have surprised anyone. Especially when you understand the underlying lack of maturity and ethical practice of some of the Council members.

Don’t be surprised when you ask yourself how this thing got so out of hand in Indiantown. When you, the citizen allow others to deal with matters for you and you do not oversee those people or their actions, well. You will get what you deserve. Especially when you do not take the time to know the character and philosophy of governance of those you elected.

For example, your Mayor yesterday could not understand why pushing official Government resolutions through five hours before the June 11th General Council meeting, as well as days after the official agenda had been published was wrong. It is not only wrong it is completely antithetical to the American Spirit.

So, Miss Janet let me explain this really easy for you. Because obviously, your education department at your after-school program failed to include civics as a part of your learning. Here we go:

Does that make sense? Probably not or you would not have made so many other ethical missteps along the way.

Let’s try this scenario. It may strike closer to home:

OK, so in this scenario Guy Parker and Tony Z ended up winning. Soon after Guy Parker decides to place a proclamation on the agenda 5 hours before they vote. He is also able to have Tony Z co-sponsor it. The content of the Proclamation was that Indiantown supported Confederate Memorial Day. Would you be as quite about how you were never asked then?

You would be running up and down social media crying about how your voice was not even considered and that its blah blah blah.

See this is the problem. When you automatically assume that EVERYONE agrees with you because somehow you have grown a new brain cell that no one else has because they are not Elected, well you are wrong. The people deserve better. Not doing so is an embarrassment to the American way of governance. You refuse to see how the PEOPLES voice was muted. Here is a deeper look at ETHOS for edification sake.

Not only that, the resolutions were copied from and tailored for the Village from a Progressive Socialist organization by Councilman Dowling. Then somehow you are able to get Anthony to let you co-sponsor, or did he ask you? Either way still the same. All of this happened though in a brief five-hour window without breaking Sunshine laws?  Or was there prior pre-planning that would have accommodated more time in the Sunshine with the matter at question?

Can you see how from out here it looks like this is a last-minute co-originated maneuver?

OK, great logistics, I guess. However, if there was such a fire to do this like you were so emphatic about, then why where you not prepared way in advance? Or where you and just decided until the absolute last minute so there would be no opposition?

These topics are not new. That veil of ignorance of fact you continue to wear is getting a little thin. At least you have a veil because our next Councilman is wearing the Emperors clothes.

The Honorable I cannot remember my name without my Title Anthony Dowling who insists that the Council just needs to drag you all along until they get you where he is going. That is NOT leadership – it is tyrannical. But when you elect a self-avowed Progressive Socialists like Dowling what do you expect.

Anthony may have served in the US Army but that does not mean he sees the Constitution the same way most Veterans do. It does not make him all of the sudden patriotic. No, your Councilman is siding with thugs and anti-American political leaders and organizations whose agenda is the over throw of capitalism and the US constitution. So, when he votes and speaks it should shine a little light on where he is coming from.

While he Drags you along as he likes to say, I hope the shackles are not too tight.

Then we have the self consecrated Ms. Clarke that thinks her relationship with God is somehow superior to everyone else’s. Hiding behind a self-declared false Virtue is not Godly and it is not Holy. So, when people of this nature are in charge it is what they emote. Her activity during the election process was beneath the office she represented and was shameful. But I am sure she will attempt to glorify it by demeaning me for pointing it out. One word – contrition.

Then you have Guyton Stone. This man is in and out of court for financial issues more than a Duncan Yo Yo goes up and down. He acts like a thug and threatens people, myself as one, then smiles at you like he is Mr. Family Man and all about being a Nice Guy.

No, the behavior of Guyton Stone is anything but genuine. He uses his office for personal gain and cloaks it as Virtue. Not to mention, he sat through at least two hours of yesterday’s Public meeting without his mask not even being around his neck let alone his face. Do as I say not as I do.

Wonder why you still have an illegal and unconstitutional face mask mandate in place in Indiantown? So do we.

If it is good enough for us then why do the same self-important people that passed it not honor it. You see, they think they are better than you and I. Somehow, they have a superior Brain Cell that they developed once elected.

No More Excuses – open the Village up and get back to business.

Then there is Howard Brown who is a lifelong career bureaucrat. He is trained in and subscribes to globalist practice and standards of Sustainable governance and he is transforming this once wonderful Indiantown community into a web of Global agendas and policy.

These are the same Global people and Organizations that want to tell you how you have to live your life in AMERICA the SAME way the rest of the World does. Guess what – NO !

We will not keep the secrets of anti-American agendas in the dark. They will be exposed and explained for what they are.

So, while the other reporters and pundits pen their articles, mine has taken a different look. Because, you see, what good is pointing out policy faux pas when the people creating them are who they are.

Systemic Racism along with Diversity where loud themes of Strategic Concern being trumpeted. First of all, DIVERSITY? Really, have you even bothered to look at your Council makeup, let alone the Staff? Give me a break! 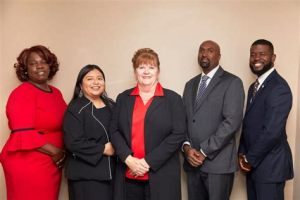 Plain and simple – Systemic Racism is not REAL – It does not exist.

You see people do not dislike you or I because of our skin color – no none of us got to choose what color we are. What the anger and criticism have to do with is your short sided immature and arrogant approach to governance. I have seen High School Student Councils that have had more ability than the self-proclaimed little Evita’s, Che’s and Malcom’s.

When you read the other articles and try to figure out  some of the things those authors are pointing out, do not be so quick to blame them or me for automatic racism. Especially if you disagree. Racism is an excuse and a wedge.

These people are willingly elected. In the Public eye. They are open to these reviews and to these criticisms by virtue of their office. I cannot imagine being so weak that I am offended by words. I would like for my words to be used for praise but when there is no reconciliation or even admission of any understanding of blame, well, praise seems hypocritical. We cannot have UNITY without reconciliation.

There was a time when the norm was for men to act in the best interest of himself and his neighbor, it mattered not the wealth or power accumulated by one or the other. The outcome was beneficial to both when each takes consideration of someone besides themselves.

When the elected do right, we have a responsibility to bolster them. As we have done.

We can no longer wait for them to grow into their position. Without your oversight, questioning and involvement you will fail to recognize what is to come.

They rebuked or as they say “removed from the table” at their Workshop the formation of Citizen advisory Boards. Instead Anthony decided that they would wait until they developed everything before they give you a say. Otherwise, it was said, they would just have to drag that group around and it would become too much effort. So – they decided to table Citizen Advisory groups – they will drag you along instead. Anthony’s words not mine.

They decided not to let you see the agenda being created in the Sunshine. They opted to remain in a closed door out of the Sunshine process to develop and present the Peoples Business. Sounds more like Chicago than Indiantown.

What do you all have to hide?

Why do you have to meet behind closed door to develop the people’s agenda?

What are you afraid of?

To address the obvious person missing in this review up until now, Ms. Susan Gibbs-Thomas. The primary criticism I have of Ms. Thomas is that she allowed the other four to steam roll discussion like White Privilege and Systemic Racism into a STRATEGIC Planning session for your Village. She showed grace under pressure from a systemic attack on her from the Council.

While I sat and watched how the demeanor and unapologetic accusations of racism where being leveled against Ms. Gibbs-Thomas and every other person of non-color, I began to see the true nature of what she has been subjected too.

Many in that room (Council Members) accused her of being on a side. They are fine ones to talk.

They have insinuated that Susan is somehow a leader of a group or tribe while the tribal nature of their actions are flagrant.

If standing on a ground of Constitutionalism and Grace place her as a leader with like minded people. AMEN. Where do I sign up !

Who are your people Ms. Clarke?

So fellow citizens, when you get angry about things do not be surprised why this is all taking place. It is the actions and words as well as the behavior of the people you elected to represent you. When you elect Socialists, children and thugs to represent you, expect what they give you. Tyrannical self-interest is the agenda you can expect going forward.

We already know that we are going to have accusation leveled against us. We know what we say will be called heresy by many. However, what has been said has needed to be said for a long time. The people of Indiantown need to take back their governance and bring it into the Sunshine before the only people living here are like minded people represented by thugs, bullies, children and agenda driven openly avowed Progressive Socialists.

What you cannot do with a self-honest heart is ignore reality.

It starts with you. 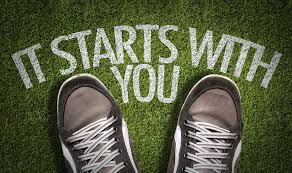 One thought on “You get what you deserve”